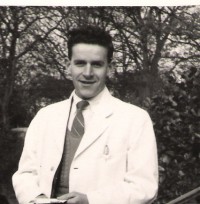 The practice was began by Dr. Aiden Meade in 1960 when Kilmacud and Stillorgan were newly developed suburban areas for the many young families who had moved up to the city from rural areas to begin a new life in a new community. Aiden had worked in a number of hospital positions and in community health before setting up shop on the Lower Kilmacud Road. His practice was originally based in number 58 Lower Kilmacud Road but when the corner site was developed he moved family and practice to its current location in early 1960. He was joined soon after by Dr. Elizabeth Warde who moved in with her young family next door to the practice and together they served the community 24 hours a day, seven days a week.

Dr. Warde retired in 1991 and was replaced by Dr. Brian Meade and Dr. Siobhan Graham who had returned from Scotland to join the practice. The practice continued to grow and flourish during the nineties as Dr. Aiden was gradually retiring, Dr. Mary Tighe joined in 2001 and brought her considerable set of skill and experience to the practice. 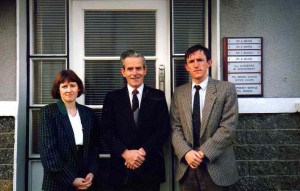 The practice became part of the TCD/HSE Vocational Training Programme for General Practice in 1996 and as part of this has benefited from a series of highly skilled young GPs one of whom was our former Taoiseach, Dr. Leo Varadker!

Steering the ship to its current success has been Ms. Romy Moloney the practice manager at the centre since the early nineties. Romy is the daughter of Dr. Aiden Meade the founder of the practice. 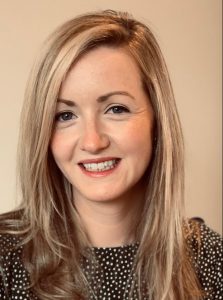